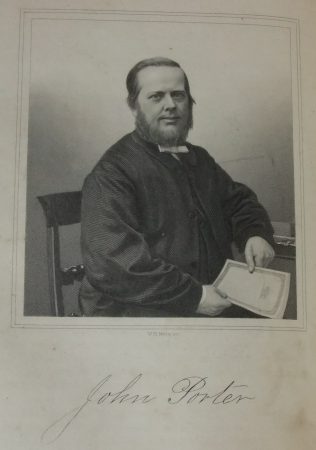 John was born in 1821 in Manchester, to parents George and Mary. He was baptised in 15 April 1821 at Manchester Cathedral. John grew up in Higher Wyche, Cheshire, where his parents were farmers. His parents connected with the Primitive Methodists in the earliest days of the movement.

John’s obituary records that as a popular minister or platform speaker, he studied not to excel, but rather to teach and to profit. Discourses from his lips were not like the morning cloud and the early dew, of transient character, but in their impressions and results gloriously abiding.

John died on 23 August 1884 at Crewe, Cheshire and was buried in Crewe cemetery.