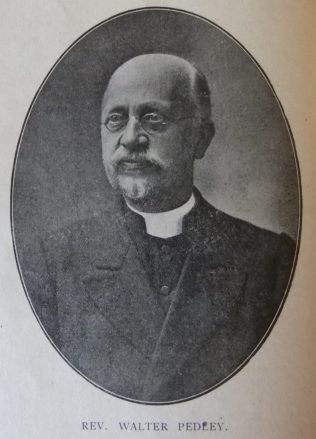 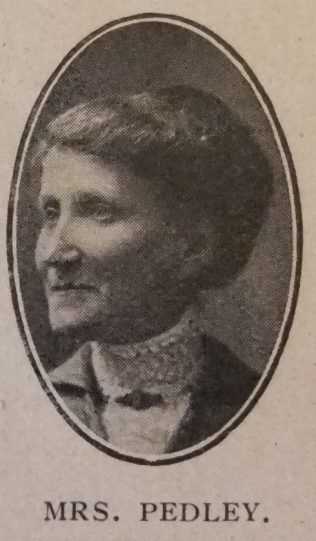 Walter was born on 2 July 1860 at Glossop, Derbyshire to parents Walter Higginbottom Pedley and Betty. Walter, senior, was a calico print finisher.

The 1871 census identifies Walter, aged 10, working half time in the finishing works.

Walter was converted under the ministry of Rev William Harris. A note for the plan and a recommendation for the ministry soon followed.

Walter compiled the Booklet for Visitors attending the Mow Cop Camp Meeting of 1910.

His obituary records that he was a preacher of exceptional merit. Preaching to him was a sheer delight and the work he loved best. His thirst for knowledge was insatiable, and became keener as he grew older.