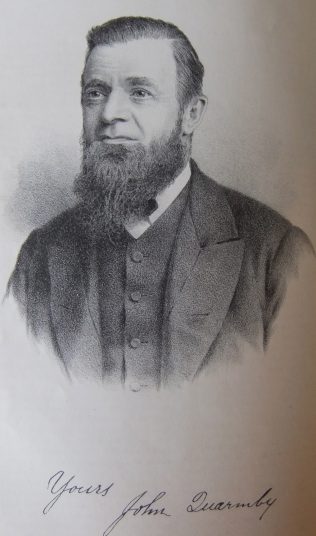 John was born on 12 June 1834 at Thornhill, nr Wakefield, Yorkshire to parents William and Ann. He was baptised on 21 July 1834. William was a tailor.

John was converted aged 16 and soon became a class leader and then a local preacher.

In 1851 John is working as a shoemaker in Dewsbury, Yorkshire.

John’s obituary records that he was loyal to the constitution of the connexion, and to the people of his choice, and excelled as a visitor among the people. He was honoured by his brethren in being elected to district offices and to positions of trust.

John married Emily Whitticase (1843-1900) in 1864 at Nantwich, Cheshire. John’s obituary records that they had ten children, five of whom survived him.