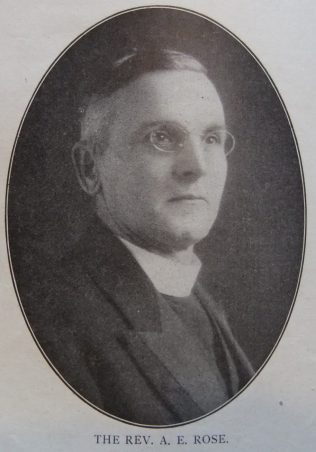 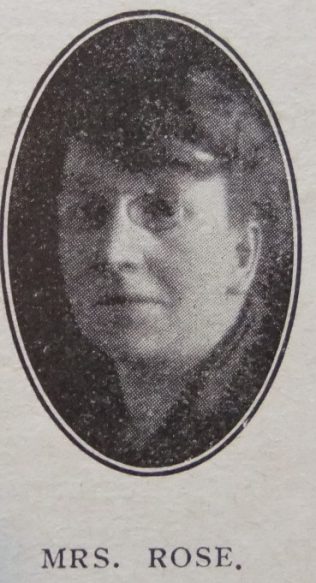 Albert was born in 1873 at Mansfield, Nottinghamshire, to parents William Rose and Frances Jemima Warner. William was a PM Minister.

As a son of the manse, Albert took his place in active Christian service as a local preacher in Sheffield, during which time he experienced the call to the ministry. Prior to entering the ministry Albert worked as a watchmaker.

His obituary records that his ministry throughout was marked by conscientious and diligent service, and not least his high regard for the pastoral office. Possessed of a bright, happy personality, a keen and vigorous mind, and an abounding measure of friendliness, he endeared himself to his people. Desiring of no other honour than the affection of the people he served, he loved and was loved by young and old alike, and shared with them unstintingly his interests, humour, advice, and Christian understanding; for all were his friends and he a friend to all. Even to the last his attention continued faithful to his vocation, as was evidenced in an unfinished manuscript on his desk entitled ‘Sermons which make a Man’.