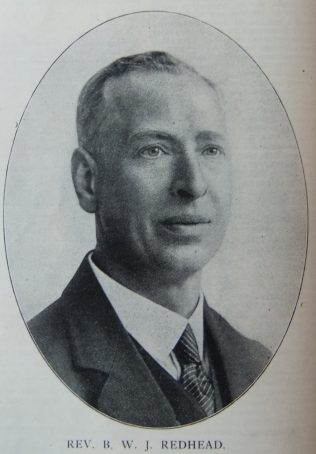 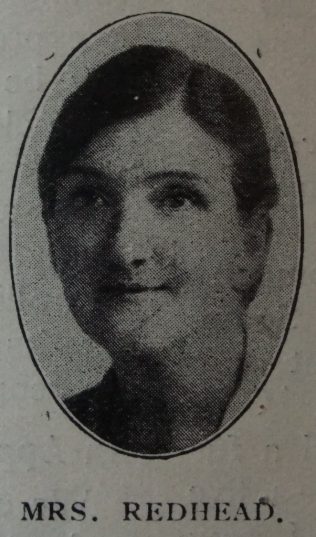 William was born in 1880 at Sittingbourne, Kent, to parents John Redhead and Mary Ann Farrow. John was a PM Minister.

William was received onto full plan at the age of seventeen. He served a full apprenticeship in the teaching profession before entering Hartley College. This background made his ministry a teaching ministry. William spent four years at Hartley.

His obituary records that the more thoughtful and inquiring minds found his sermons particularly helpful. Though well read in modern theology, William was equally at home among the poets; of whom – especially of Bridges and Thompson – he spoke with loving scholarship.

His interests were not limited to circuit work. He gave and received valued help in the Fellowship of the Kingdom, frequently lectured for the British and Foreign Bible Society, and constantly kept the claims of the Church Overseas before his own people.

William was quiet and unassuming, and his sensitive nature made him a great friend, especially to the distracted, worried and defeated. His strength lay in true Christian meekness, and he loved to preach of the power of the grace of God.

William was compelled to retire due to serious illness after forty-three years of wholehearted service.

William married Laura Good (abt1879-1957) in the summer of 1906 at Wingate, Co. Durham. Laura was a local preacher. Census returns and birth records identify two children.