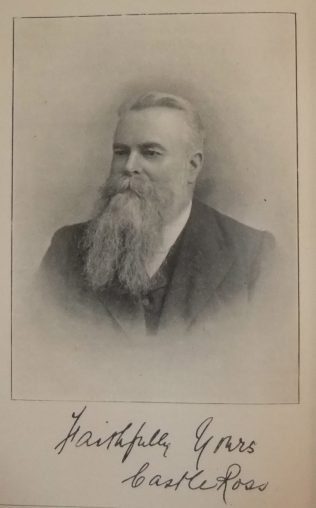 Castle was born on 20 October 1840 at Filey, Yorkshire to parents Isaac and Ann. His parents were Wesleyan. Castle lost his father, a fisherman, when aged ten.

Castle was converted at the age of fourteen. Through the influence of his brothers, Castle was induced to join the Primitive Methodists. He became a local preacher when still a youth, but acquitted himself with such ability, devotion and success that he was recommended for the ministry by Dr Joseph Wood.

Castle worked as a tailor before entering the ministry.

As a preacher, Castle was above average. In the textual, topical and expository modes he was equally at home. His sermons and speeches were never dull. His temperament was quick, sensitive, emotional and sympathetic. Pathos, and humour, and passion, alternated; and face, voice and gesture combined in effective utterance.

At Bridlington, Castle superintended the building of a new chapel at a cost of £3,000.

Castle was an able advocate of the temperance cause, and whilst at Bridlington he was elected a member of the School Board.