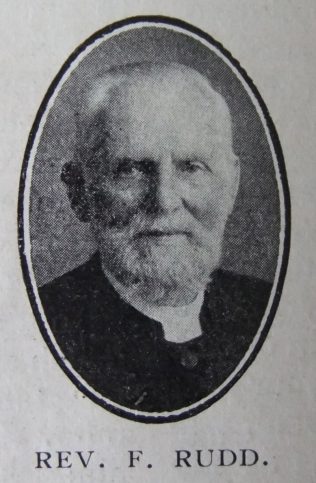 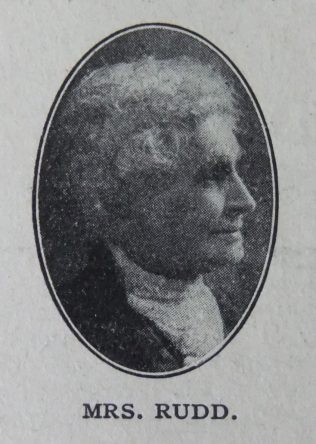 Francis was born on 6 January 1835 at Middleton on Wolds, Yorkshire to parents Francis Rudd and Elizabeth Smith.

Francis was converted whilst young and was soon called to preach. Prior to joining the ministry Francis trained as a tailor.

His ministry was predominantly in the Hull District. His obituary records a net gain of over 600 members on his stations and successful direction of many chapel building enterprises.

Following superannuation, Francis was the Centenary Treasurer for the Hull Fifth station and in the new chapel at Hessle he took a deep and generous interest.

Francis was wholly devoted to his work. To be in a real revival was a positive luxury. A prayer meeting full of power, a class meeting all alive, a sermon full of the gospel grace were to him rich benedictions. He never wandered far from the Cross.

There was a perennial freshness in his message. His preaching was of the expository kind. He never tired of creating new sermons. He never gave his hearers ‘mouldy bread’, nor did he bring into the sanctuary ‘unbeaten oil’. Brain-sweat and heart-sweat went into his preaching.