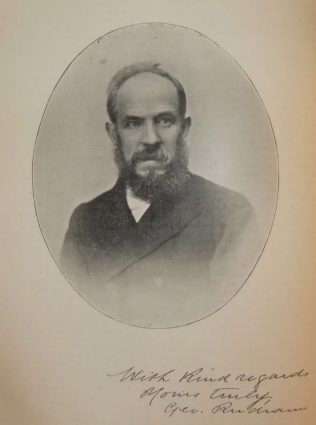 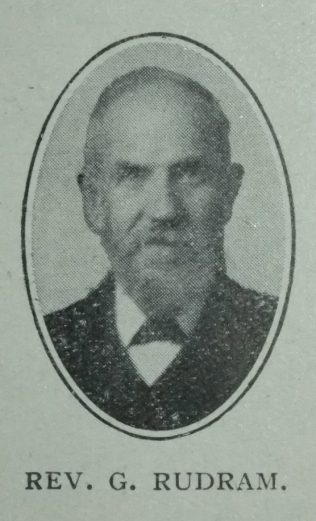 George was born in 1841 at Great Yarmouth, Norfolk to parents Stephen Rudram and Ann Rogers. Stephen was a carpenter and joiner. He was also a Primitive Methodist local preacher having previously been a Wesleyan. Ann was one of the earliest Primitive Methodist converts in Yarmouth.

George worked as a printer before becoming a minister.

George was converted after attending a mission service conducted by William Booth (later General Booth of the Salvation Army). He began preaching at the age of 17.

As a preacher he never aimed to be brilliant, but in his public utterances he was instructive, pathetic, and persuasive. The study of theology was a charm for him and he was deeply fond of various branches of literature.

George married Susannah Walker (1844-1918) in the summer of 1866 at Great Yarmouth, Norfolk. Susannah was the daughter of Rev James Walker. Census returns identify three of their five children.