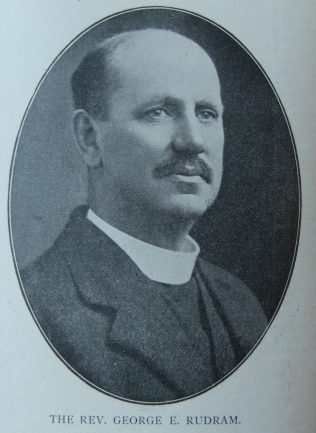 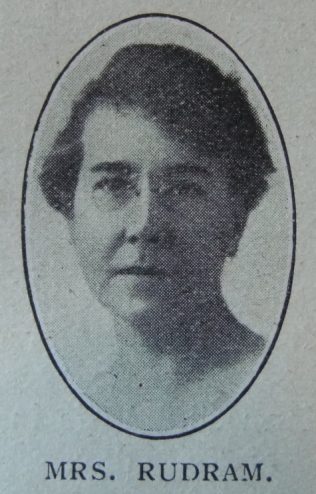 George was born in 1872 at Attleborough, Norfolk, to parents George Rudram and Susannah Walker. George, senior, was a PM minister.

When George was at Mansfield, it coincided with the development of the coalfield. George superintended three large building schemes to accommodate the influx of miners.

George also initiated and superintended the formation of the South Yorkshire Mission, which, by 1924, had become the largest Home Mission station in the Connexion. It was a special Conference appointment and needed a strong man in normal times, but when war broke out complications set in. But in spite of this and Government restrictions, a large building programme was carried out while other denominations waited. By the end of his term of seven years the area was covered with a network of churches, hundreds of members were gathered into fellowship, and the Sunday School scholars numbered over two thousand.

George’s obituary records that he was a gracious and lovable personality, an able preacher, a devoted pastor, and a capable administrator. His preaching was marked by evangelical earnestness.

In 1936, George became a supernumerary, but after the outbreak of WW2, in view of the shortage of ministers, he asked for permission to return to active work. He finally retired in 1945.