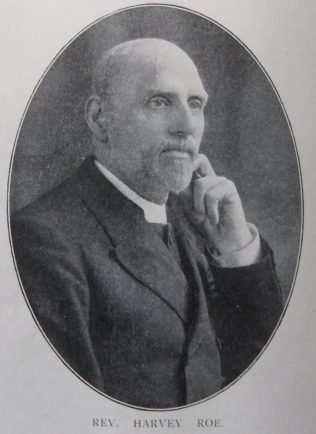 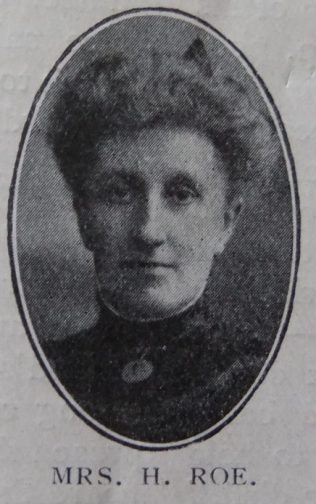 Harvey was born in 1854 at Cheddleton, Staffordshire to parents Thomas Armishaw Roe and Mary Rowe. His brothers, David and Bryan, were Methodist Ministers in America and Africa.

Harvey was disappointed at his failure to enter the work in Africa. A shipwreck, that shattered for a time his wife’s health, compelled him to return home before he could reach Fernando Po.

In the early days of his ministry, Harvey served as the leader of forlorn hopes. He saved Newtown from disaster, his appointment to Worcester saved PM honour in that city; at Torquay and Watford he made substantial progress in raising the PM Church profile.

Harvey created the Harrow and Northwood Mission. Without capital, or comrades, or organisation, he built a powerful circuit in a locality where Primitive Methodism was unknown.

His obituary records that Harvey was a man of strong personality, who carried through the tasks assigned to him with zeal and thoroughness. His preaching was evangelistic, and he had the unbounded joy of witnessing a great host of conversions. He was an organiser and an administrator of exceptional power and skill. As a leader he won the admiration of those who were outside the Church, and the confidence and affection of those who were within.

Harvey married Elizabeth Annie Cottrell (1863-1942) on 8 January 1884 at Eccleshall, Staffordshire.  They were married in a congregational chapel, under the rites of the Wesleyan Church, by his brother David, a Wesleyan Minister. Census returns identify three children.