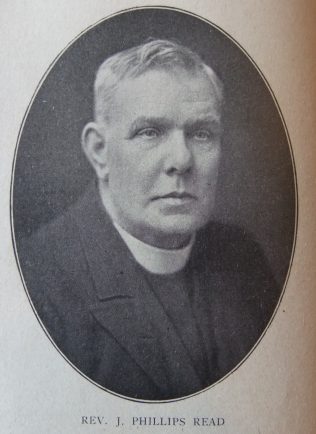 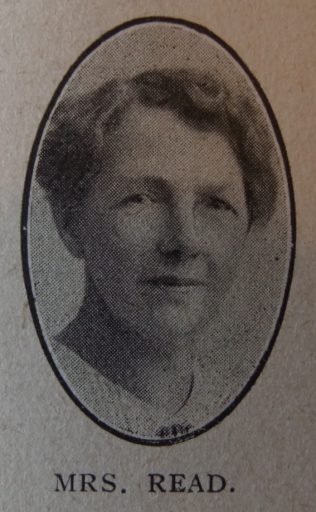 James was born on 4 September 1854 at Pontypool to parents George Read and Sarah Phillips. Sarah, a local preacher before her marriage, was sister to Rev H Phillips.

At the time of the 1871 census, James was a tailor’s shopman, living with John Garner Turner, son of Samson Turner. In 1881, James was working as a commercial traveller.

James became a member of Nelson Street Church, Gateshead in 1868 and a local preacher in 1875. James was strongly recommended to offer himself to the ministry, but turned aside to business for several years and married. The call, if held in abeyance, was not silenced, and in 1889, feeling it more forcibly, upon the advice of Dr Ferguson, James offered himself unreservedly for ministry at home or abroad. At first it was proposed to send James to Australia, but an opening occurring at Tamworth, the Conference of 1892 appointed him to it as a married probationer. The 1891 census shows James as a PM Minister at Tamworth.

His obituary records that James’ ministry was varied. To the business concerns of the Church he brought keen insight, sagacity, statesmanship, and was revered and honoured by all his brethren.

James filled the offices of C.E., Sunday School, and Building Committees’ Secretary in the Carlisle and Whitehaven District.

When Nonconformist principles were at stake, James was at the forefront with pen, voice and activity.

As a preacher his persuasiveness and directive utterances were always dignified and practical. His enthusiasm, ambition, and idealism were tempered with modesty and loyalty.

James served as an Army and Prison Chaplain.