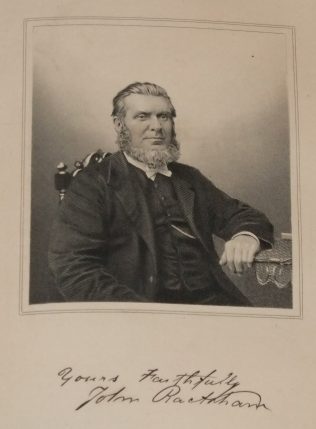 John came under the influence of Primitive Methodists in his native village, but it was not until he moved to London, aged 17, that he openly committed to Christ at Cooper’s Garden’s Chapel in 1842. He briefly supplied at Colchester, Essex before Conference sanction in 1847.

His obituary records that he was favoured with a strong constitution, sound judgement and a great natural capacity for useful service.

Rev. Dennis Kendall writes; ‘I knew him personally, and always found him the same, a zealous hard-working Primitive Methodist minister, anxious to get on the work of the Lord on his stations.’