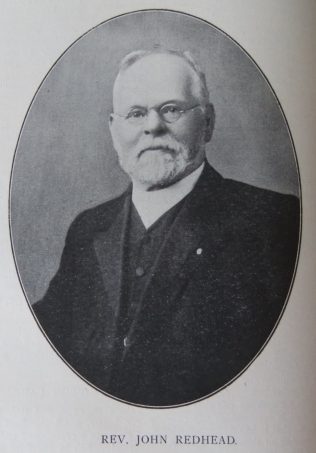 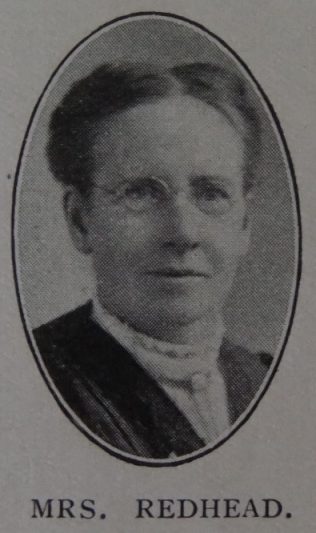 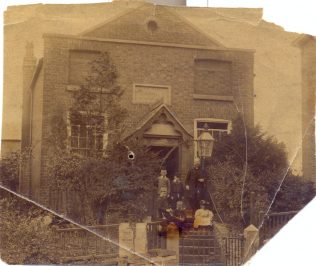 zoom
Rev John Redhead and his family on the steps of Ashbourne Chapel, c1893 (see comment below)
David Redhead 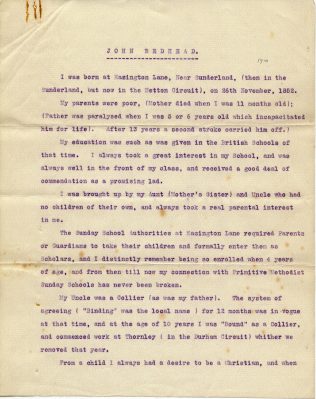 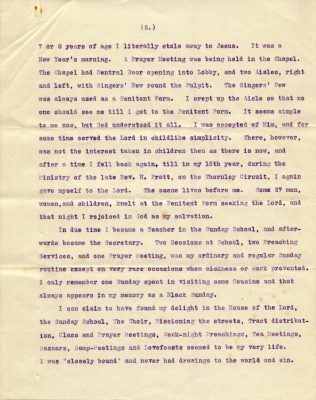 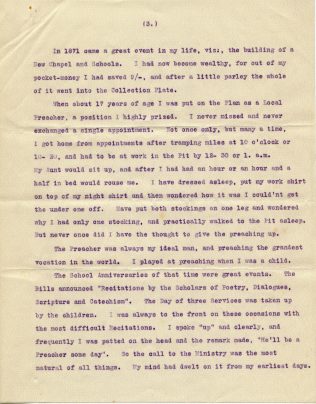 John was converted aged fourteen through the ministry of Rev Henry Pratt.

John’s early education was conducted in the British Schools and at the age of ten he followed his own father and foster-father to work in the coal mine.

[Editor’s note: see the pages of John Redhead’s ‘Life Story’, which have been added to this page, for more detail, and further information from his grandson in the comments below.]

At Cheadle, a new chapel and a consolidated circuit marked John’s term. At Ashbourne a derelict cause was resuscitated and a new chapel built. At Gainsborough, the Trinity Street debt was reduced by £1,000. In the middle period of his ministry, John was a powerful advocate of scriptural holiness and a very effective open-air speaker.

Whilst at Tredegar, John formulated the policy that led to the formation of the Blackwood circuit and employment of an additional minister.

In retirement at Lincoln, John became secretary of the Ministers’ Fraternal and also served as Nonconformist Tutor to the Diocesan Training College.

His obituary records that John’s ministry was one of unsparing labour and intensely evangelical.