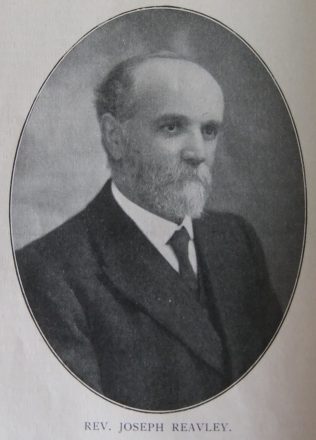 Joseph was born in 1853 at Carville, Co Durham, to parents, John, a coal miner, and Mary. His older brother, Matthew, was also a PM minister.

Joseph’s obituary records that he was a man of outstanding intellectual ability. His lectires on astronomy and other scientific and philosophical subjects were greatly appreciated in the North of England where the large part of his ministry was spent.

His preaching was always fresh and arresting. He had rare gifts as a Bible expositor. He was a very gracious spirit, kind, tender and sympathetic with a fine gift of humour and sparkling wit.

When he retired in 1917, Joseph became the chaplain and secretary of Elmfield College, York, roles he fulfilled for ten years.