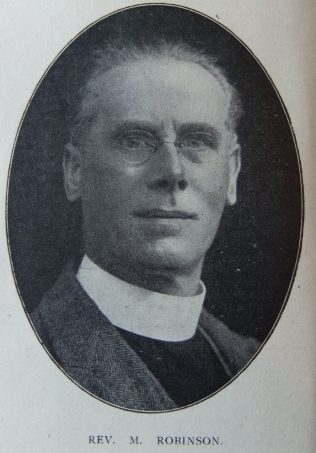 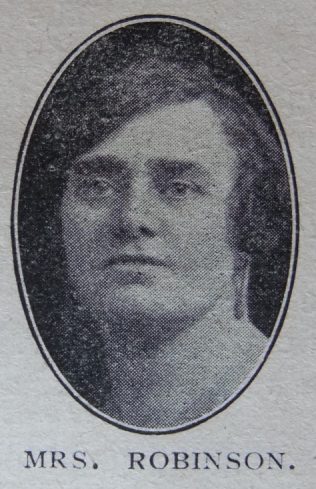 Marmaduke was born on 3 November 1874 at Doncaster, Yorkshire, to parents William Robinson and Mary Jane Simpson. William was a PM Minister.

Marmaduke became a church member at fifteen and a local preacher soon afterwards. The Wakefield circuit recommended him for the ministry. Before attending Hartley College for three years, Marmaduke had a brief term as Lay Agent in the Briston circuit.

His obituary records that ‘Duke’ (as he was known to his friends) inherited his father’s ability as a preacher. His studious disposition qualified him to make full use of his time at Hartley College, and, through the years he loyally served his Church, his ministry was enriched by the fruits of his scholarship.

Robinson-M (48 KB Adobe Acrobat document, opens in a new window)
Transcription of obituary published in the Minutes of Conference.