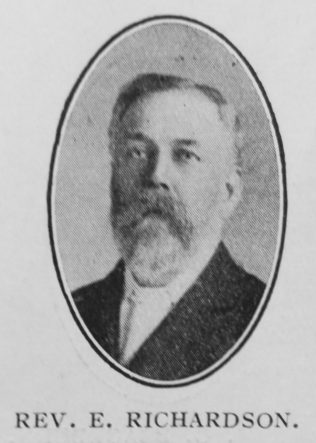 A transcription of obituary published in the Primitive Methodist Magazine by J.M. is attached. The writer records the following.

“He was a man of rare intellectual gifts, and their cultivation was his constant care. Those who listened to his conversations, sermons and addresses could not but realise that he possessed a well-stored and well-disciplined mind. He made thorough preparations for the pulpit, and his utterances were notable for their freshness and, lucidity. A fluent speaker, he was gifted with a voice of singular strength and charm. In addition he had a special aptitude for business, and was endowed with a wealth of common-sense and tact.”

Edwin was born on 31 July 1853 at Coleshill, nr Amersham, Buckinghamshire.