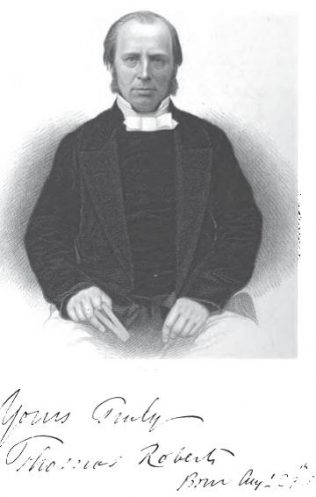 Thomas was born on 29 August 1815 at Sandhills, Nottingham. He was brought up in church and Sunday School. As a youth he strayed from the church and was greatly addicted to pugilism, breaking an arm in one fight. However by the age of 18 he had reformed and had become a local preacher.

Thomas was about twenty when he started to travel. His first appointment was assisting Abraham Worsnop in and around Grantham.

His obituary records:’ His preaching was not eloquent, philosophical, learned or oratorical, but was plain, sound, experimental and practical.’