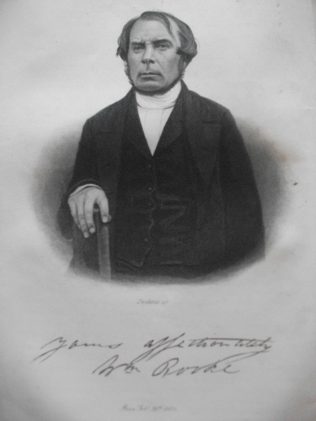 His obituary reads; ‘As a man, physically and mentally, he was of an iron type, and his Christian life was largely complexioned by this peculiarity of his nature. As a preacher he was more adapted to storm a citadel than to pour oil of gladness into the broken hearted.’