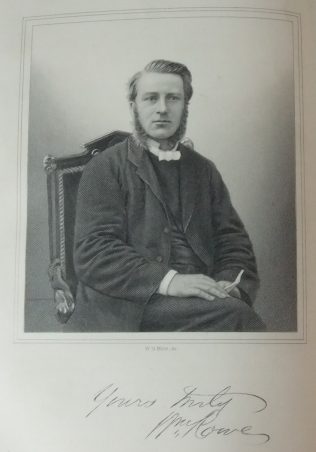 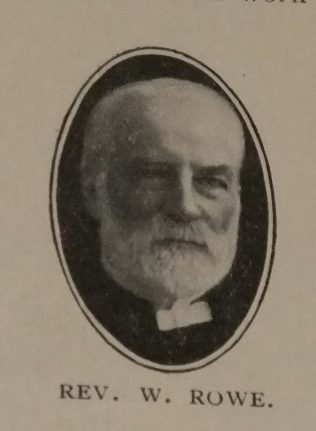 William was born in 1826 in Birmingham, Warwickshire. He spent his early years in Devon where his father’s house was always open to preachers. William signed the pledge when he was 15. He started to preach at the age of 17.

In his first circuit at Andover, William suffered severe treatment from mobs when preaching outdoors.

Antliff writes; Amongst the ministers who have served the (Canadian) Connexion in connection with the Book Room and Christian Journal may be mentioned the Rev. William Rowe, who was for many years the chief executive officer of the Church. He returned to England in 1872, on account of ill-health.

Kendall records that the church in Toronto prospered under William’s superintendency. Churches were erected in Parliament Street, Queen Street and a new church built at Yorkville. Alongside this the ministerial staff increased. The stations constituting the London District were, with the exception of two, created and formed by Mr Rowe, who spent several years in following the settlers into new townships and organising them into PM churches.

In his obituary it is recorded that William nearly froze to death on one occasion whilst in Canada.

On returning to England, William lived firstly in Newbury and then moved to Clapham Common where he was Governor and Chaplain to the Primitive Methodist Ladies College.