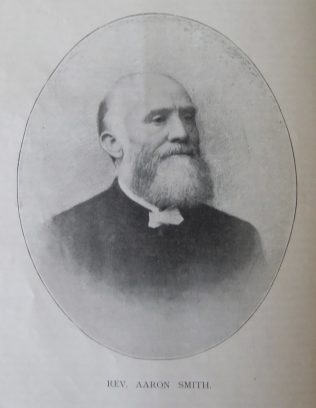 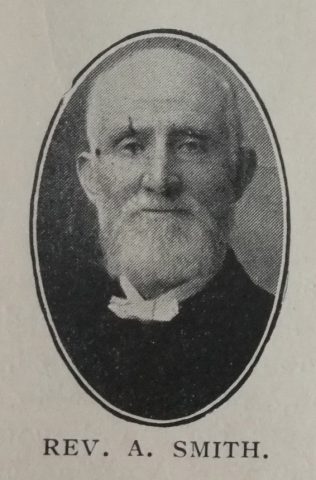 Aaron was born in 27 November 1839 at Ablington, nr Bibury, Gloucestershire to parents William and Amelia. William worked the land, an occupation that Aaron followed until he became a minister.

Aaron was converted aged 17 and immediately began to preach.

Aaron superintended the erection of about 20 chapels during his ministry. Whilst at Andover, he was involved in the erection of eight chapels and a minister’s house. Whilst in Southampton the pressure of the erection of the South Front chapel caused Aaron’s health to break down.

He was a first class preacher, an eloquent platform speaker, and a kind and faithful pastor. Aaron was a keen student and an original thinker, being theologically far in advance of his time. He often came into conflict with his brethren on doctrinal questions and enjoyed the combat.

In his later years, Aaron laboured under the heavy disadvantage of increasing deafness.

Aaron married Esther Leaver (1840-1906) in the summer of 1880 at Alderbury, Wiltshire. Census returns identify one child.