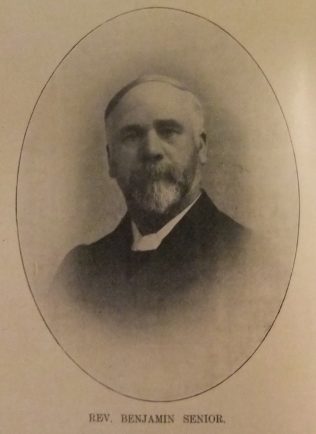 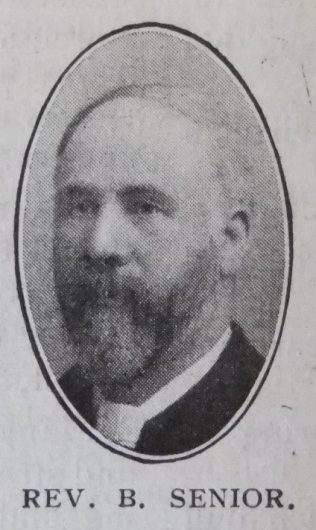 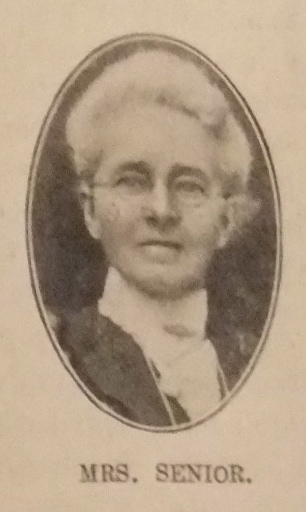 Benjamin was born in 1847 at Farnley, Yorkshire.

Benjamin was converted at the age of seventeen whilst at Burncross, Sheffield. He began almost immediately to exhort and pray and was soon recognised as an evangelist.

Whilst at Dartford, Benjamin became friendly with a young Anglican curate, Randall Davidson, who went on to become Archbishop of Canterbury.

Benjamin’s best known work was carried out at Surrey Chapel. The congregation had in 1876 migrated to a new church in Westminster Bridge Road but sustaining a lease at £1,000 per annum constituted insuperable difficulties. Despite this Benjamin embarked on a vigorous mission. When he left the station, Benjamin had preached to 2,000 persons, and at the close seventeen hundred partook of the Lord’s Supper. Benjamin believed that a New Surrey Chapel should be built. Freehold property was secured and foundations laid on Good Friday 1888. On 26 September 1888, the new chapel was dedicated for worship by Charles Haddon Spurgeon. The cost of the chapel was over £14,000, toward which Benjamin collected £8,000.

Benjamin wrote pamphlets on gambling, Pentecostal Power and other subjects which reached a total circulation in excess of 200,000 copies.

After he superannuated, Benjamin settled in Ramsgate. There his hearing became heavy and he lost his sight. These conditions were accentuated by raids during WW1 when his home was damaged by a shell explosion.

A hundred years at Surrey Chapel, 1892

A hundred years of evangelistic work at Surrey Chapel, 1895