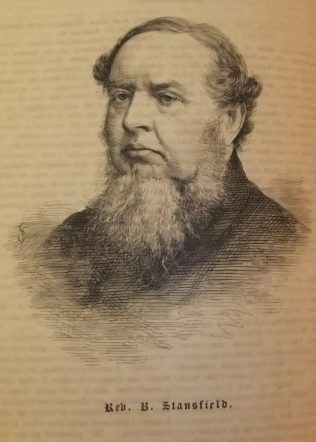 Benjamin was born on 13 Jun 1827 at Rawdon, Yorkshire to parents Joshua and Elizabeth. Joshua was a clothier. Joshua had attended the ministry of the Moravians in his youth and later the Wesleyans. Joshua joined the Primitive Methodists when Rawdon was missioned from Leeds.

Benjamin was the youngest of eleven children. He was converted when aged 17 and pledged as a teetotaller at the same age.

Benjamin is described, by a colleague in his obituary, as a kind, tenderhearted, sympathetic, unselfish, gentle, Christ-like man. He was a great advocate for family worship.