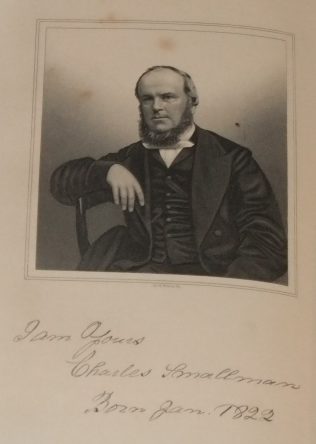 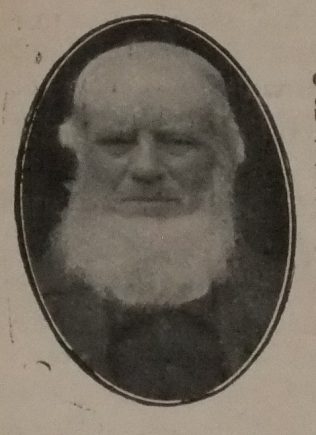 Charles was born on 2 Jan 1822 at Shifnal, Shropshire to parents James and Theodosia. He was baptised on 11 January 1822 at Ryton by Shifnall.

When he was 13, Primitive Methodists of the Wrockwardinewood Circuit started to hold services in a cottage near his home. Charles attended. The first PM preacher he heard was George Peake, the great uncle of Dr A S Peake. Charles became a local preacher when aged 17.

All of his ministry was carried out in the area of the old Tunstall District. Charles was superintendent at Congleton at the time of the Primitive Methodist Jubilee and had much to do with organising the Jubilee Camp meeting at Mow Cop.

Charles was Secretary of Conference in 1869.

His obituary records that as a preacher he was intensely practical. Well read, abreast of his times on public questions, observant of human life, and naturally methodical, his discourses usually made their mark. As a young man he was especially gifted at Camp Meeting work.