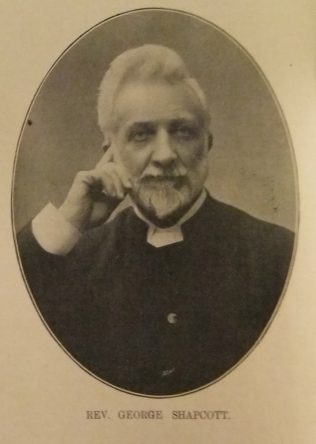 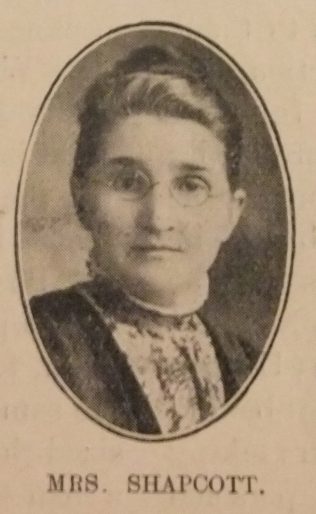 George was born on 11 July 1847 at Bishops Nympton, Devon to parents Alexander Shapcott and Mary Chapple. The 1851 census identifies Alexander working as a cordwainer and Mary a dressmaker. By 1861 Alexander had become a letter carrier.

Prior to entering the ministry, George worked as a plasterer. At the time of the 1871 census, George was lodging with Rev John Thomas Brown in Croyden.

The majority of George’s ministry took place in London. At Kilburn, George erected a substantial chapel in Kilburn Lane. He also built Mission Chapels at College Park and Willesden Green. These Mission Chapels were later replaced by more commodious buildings.

His obituary records that George was an able preacher and greatly beloved for his kindness of heart and his devotion to his people’s welfare. He was a great chapel builder and formed several circuits. He was a man of inborn power, conspicuous courage, and great resource. He was one of God’s gentlemen, courteous, chivalrous, and generous.