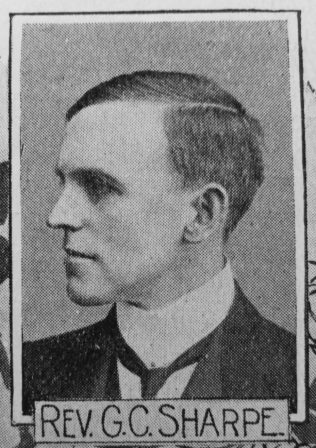 George’s birth was registered in the spring of 1872. He was born at Belsay, Northumberland to parents Thomas, a stationary engineman (1891), and Jane.

Before entering the ministry he worked as a general labourer.

George married Agnes Florence Spoor (1888-1910) in the summer of 1903 in the Knaresborough Registration District. She was the daughter of John Joseph Spoor.

After leaving the Primitive Methodist Ministry, George became a Unitarian Minister. From 1921-1937 he was the minister at Croydon.