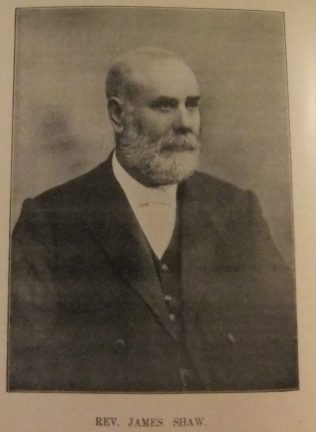 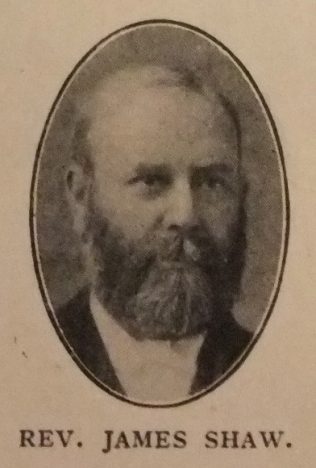 James was born on 19 December 1842 at Mexborough, Yorkshire. His father, Thomas, was a potter, but died when James was only two years old. His mother, Elizabeth, was left to bring up eight children. She married again, Enoch Jackson, a potter printer. James was baptised on 29 January 1843 at Mexborough.

When he was still young, James was apprenticed to the glass trade.

James was converted when aged eighteen, in a class meeting led by his brother. He soon became a local preacher. The death of Rev Phillip Newton, in January 1866, gave James the opportunity to supply in his own circuit, after which the circuit pledged him. James preferred, and was able, to study at Elmfield before entering circuit work as a minister.

James served as district Missionary Secretary in both the Bradford and Halifax District and the Hull District.

His obituary records that, as a preacher, James was keenly penetrative and persuasive. Preaching to him was a great passion. Even on his death-bed he gave his minister a text with new divisions.

As a minister he was conscientiously attentive to all the manifold duties of his office.

Rev. George Armitage wrote: ‘ Our brother had large endowments of nature and grace. He possessed a vigorous intellect, was an individual thinker, and, above all, a great evangelical preacher.’