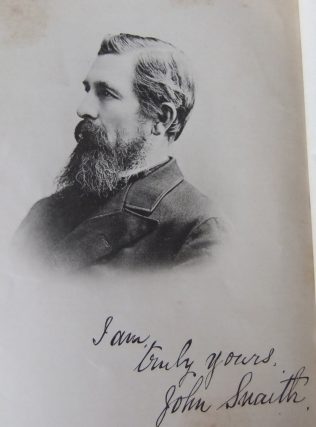 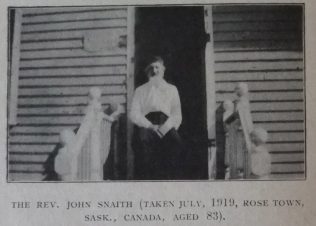 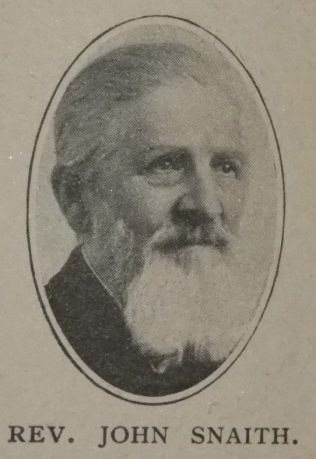 John was born on 29 June 1836 at Little Broughton, Cumberland. He attended the Baptist Church as a child. John and a friend, William Graham, who also became a PM Minister, were, as youths, the first members on the roll of the PM Society formed in the village.

John was known as ‘a flaming evangelist’. Patterson writes that in the Berwick station the church at Eyemouth was reduced to the point where there was talk of abandonment. John Snaith was sent there. His soul was on fire and the prevailing dissipation, not withstanding the professed outward respect for the Sabbath and religion moved him mightily. A tide of salvation swept over the village and people flocked to the services from as far away as Duns. Altogether more than 600 were converted.

In his later years, John gained prominence in the Connexion through his fearless and fervid advocacy of catechumenism.

John was greatly interested in the study of the natural sciences and especially philosophy.

John moved to Canada in 1914 to join members of his family.

He was known every where for his devotion as a minister, for his eager advocacy of the recognition of child religion, and his passion for philosophy.

The Philosophy of Spirit, 1914