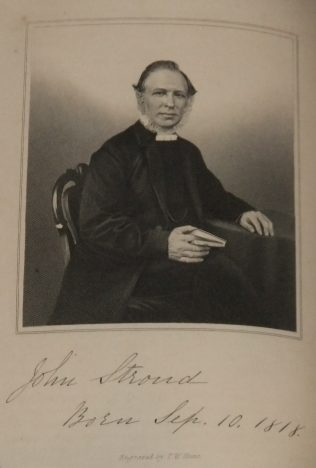 John was born on 10 September 1818 at Mortimer, Berkshire to parents Richard and Jane. He was baptised on 20 December 1818 at the Independent Chapel,Mortimer, his parents being Presbyterian.

John attended a Presbyterian Sunday School but remained unconverted until John Ride and colleagues visited his part of Berkshire.

At the age of 18, John accompanied John Guy on mission to Henley-on-Thames. There they met a fierce uncontrollable mob.

John was keen to continue his studies whnever possible. He would carry his wardrobe and library, candles and matches, about with him from place to place on his extensive journeys. Whenever the opportunity arose, in a room or under a hedge, out came his books.

The writer of his obituary records; ‘As a preacher he was solid rather than brilliant. he had a clear practical mind which was fond of enquiry and being an extensive reader, he took a broad view of things.’

As a paster he was diligent and faithful. he was fond of visiting among the sick and the poor and ministering to their needs.