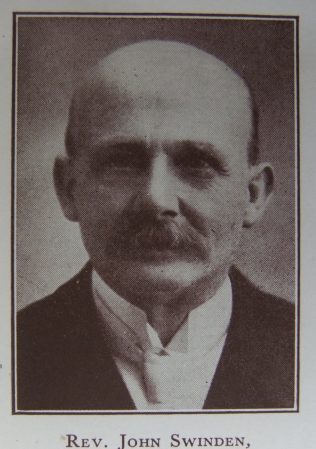 John’s parents were members of the Wesleyan Methodist Church, but John decided in his early youth to join the Primitive Methodists. Before entering the ministry, John worked as a saddler.

John spent some time as Secretary of the Hartley College Committee.

John was Book Steward for the five years from 1926. At the time of becoming Book Steward the turnover of the Book Room was circa sixty thousand pounds per annum.

John was one of the clerical staff of the Methodist Uniting Conference held in September 1932. He also sat on General Committee of the New Methodist Hymnbook published in 1933.

On retirement in 1936, John was appointed Secretary of the Chapel Aid Association, a position he held until 1944.

His obituary records that John was a man of lovable character, completely consecrated to the service of his Master. He was a man of unusual ability; a faithful pastor, a wide reader, and an able administrator. His chief delight was found in preaching. In the pulpit he never aimed at oratory. He spoke simply and quietly. He loved to preach on the great truths of the Christian faith.

John married Frances Harriet Eccles (1869-1937) in the summer of 1897 at Tadcaster, Yorkshire. They had one child who died in infancy.