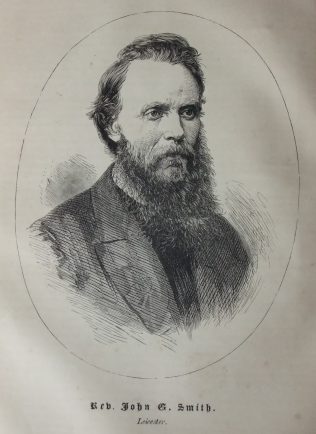 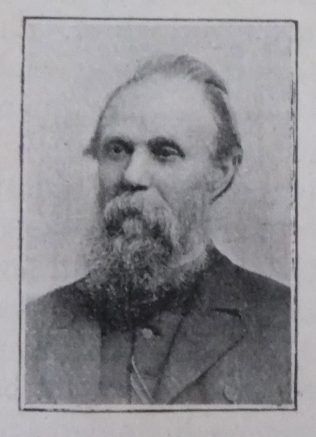 John was born on 11 July 1834 at Kings Lynn, Norfolk to parents John Smith and Jane Rogers. John senior was a PM Minister.

The 1851 census records John as a printers apprentice living with his family in Yarmouth, Norfolk.

His obituary records that the main feature of his preaching was its mighty spiritual power. In the introduction and explanation of his subject his clear logical exposition carried the minds of his hearers with him, then at the close he pressed the application home to their consciences with a Divine fervour that laid hold of men.

With sanctified business instinct he saw the importance of the successful financing of the trust estates of his circuits and readily, first of all, he led the way himself in practical beneficence.

Possessed of a highly-strung nervous temperament, he suffered much from those occasional misunderstandings incidental to the proceedings of Connexional business meetings. After one of these it would require some time in solitary communing with God to restore his equanimity. The opinion of his brethren was manifest by his appointment as a delegate to Conference.