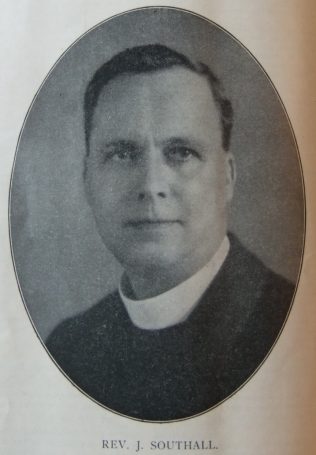 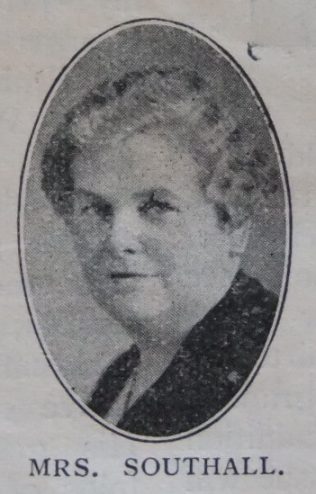 John was born in 1877 at Sidemoor, Bromsgrove, to parents Walter and Lucy. Walter was a local preacher. He had worked as a nail maker in Sidemoor and then in the printing industry in Stockport.

The family moved to Stockport in 1882. John started work as a ‘half-timer’ in a cotton mill and continued his education at evening technical school.

Under the ministry of Rev William Harris, John received a note to preach when he was eighteen, accompanying his Sunday School teacher, Mr J.A. Cheetham, to his appointments. In due course, John was recommended for the ministry and, after twelve months on the Dover and Deal station, entered Hartley College. During his time at Hartley, John was an outstanding student and athlete.

John served as Secretary of the District meeting, and as district secretary of the Christian Endeavour, Temperance, Furnishing Fund and Building Committees

His obituary records that John was a devout and faithful servant of God, fervent and forthright in proclaiming the Gospel, often in the open-air, a man of “the Book”, a lover of his Lord and a warm-hearted pastor of the flock. He rejoiced in having inspired others to offer for the ministry.

From 1948 he resided in Leeds, endearing himself to all by his faithfulness in worship, his love of people and his willingness to serve.