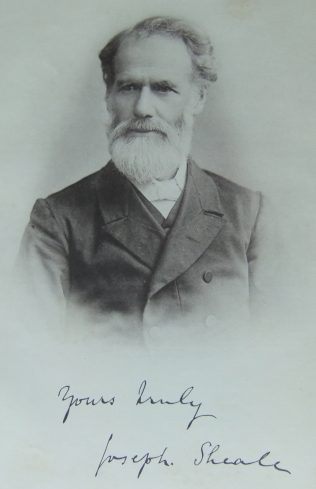 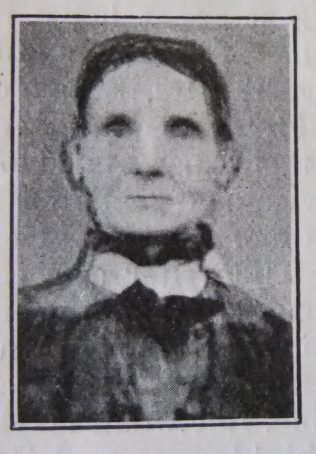 Joseph was born on 12 August 1834 at Helmsley, Yorkshire.

He attended National School until the age of 10. He then started work, but was able to maintain some education. Later he attended classes led by the Church of England clergyman after work.

Joseph was converted at the Helmsley PM Chapel in February 1853 during the ministry of Rev George Stout and became a Primitive Methodist member. In 1854 he went on the plan as a prayer leader and was also Sunday School Superintendent. After much persuasion he entered the ministry in August 1858 under the direction of the General Missionary Committee.

Joseph’s first appointment was to Middleham. In 1864, he was sent to Richmond to replace a minister who suddenly resigned. In the three years from 1865 at Bungay, membership increased from 14 to 145.

Whilst at Tottenham, the Northumberland Park church was built. At Spalding the town chapel was erected and also a chapel at Lutton.

Whilst at Tunbridge Wells, Joseph superintended the building of the Camden Rd chapel, however this turned out to be rather large for the society and created a significant debt. Joseph’s health suffered as a consequence.

The 1890 biography records that Joseph was of a modest and retiring disposition and any position of honour, which he may have sustained, has been thrust upon him. By his kindness and geniality he has made ‘troops of friends’, while to those who have the privilege of intimacy with him, he is indeed ‘a brother beloved’.

His obituary records that as a businessman, Joseph was shrewd and painstaking. He built some chapels and worked hard and successfully to reduce the debt of others. Any office to which he was appointed he always sustained with dignity, but he was in no way an office seeker. He was a man of profound sympathy and so welcome in the home as a sick visitor.