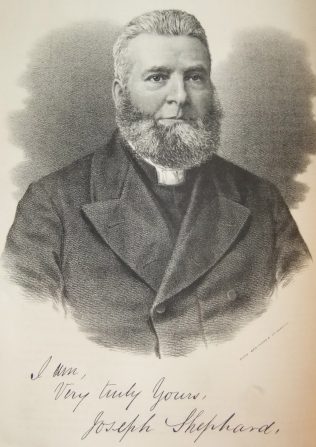 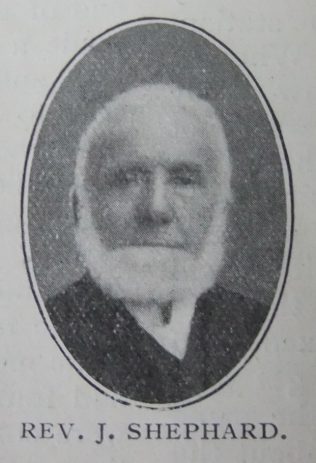 Joseph was born on 13 February 1835 at Dawley Green, Shropshire to parents John Shephard and Frances Ball. He was baptised on 8 March 1935 at Dawley Magna, Shropshire. John was a coal miner.

Joseph was born into a large family. The children were sent to Madeley Parish Church services, but received little formal education. Joseph was sent to work in a coalmine when he was young.

Joseph attended night school to improve his education. He was converted at a Primitive Methodist service held in Madeley before the chapel was built in the village. He soon became a local preacher.

Joseph’s obituary records that he was ever in labours more abundant; no part of his duty was neglected or lightly treated, every preaching appointment he regarded as a sacred engagement, and neither foul weather not long distance prevented him from going, even though the place was insignificant and the congregation small.

His sermons were most carefully prepared, and were mostly delivered with a pathos and power altogether his own.