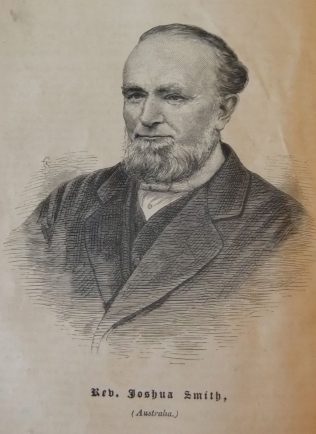 On arriving in Wellington, New Zealand on 2 January 1857, Joshua succeeded Henry Green. Joshua was very successful in Wellington, such that the chapel built in 1848 had to be replaced, in 1858, by one four times larger. At that time the total population of Wellington was about 4,000.

Joshua died abt 1902 in Australia.