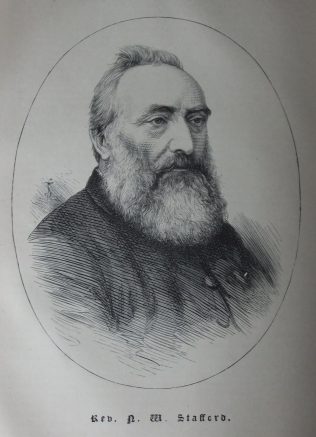 Noah was born on 22 March 1824 at Marple, Cheshire to parents John and Jane. John was a labourer.

At the age of 15, he became an earnest teacher in the Sunday School.

Noah worked as a calico weaver before entering the ministry.

Noah’s obituary records that he was a broad-minded man, genial and catholic in spirit, and thoroughly loyal to the Church of his choice.

Noah died on 7 May 1897 at Shrewsbury, Shropshire.