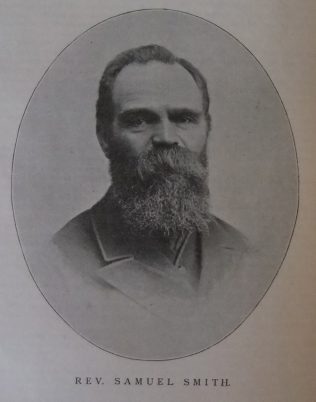 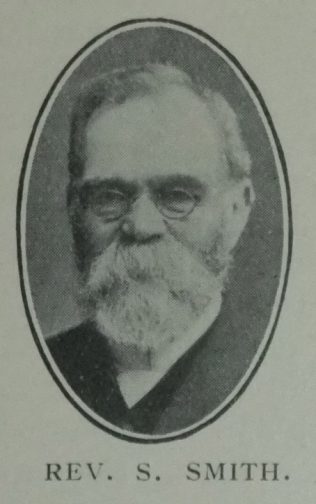 Samuel was born on 3 January 1845 at Marshchapel, Lincolnshire to parents Thomas and Mary. His father was a farm-bailiff.

The 1861 census shows Samuel as a tailor’s apprentice at North Thoresby, Lincolnshire.

Samuel was converted at the age of seventeen after a sermon preached by Rev Parkinson Milson. About a year later, Samuel was put on the plan. He became a class leader at the age of 20. Samuel removed to Grimsby and joined the church at Victoria St. At that time his motto was recorded as ‘Diligent in business, fervent in spirit, and serving the Lord’.

Samuel was therefore amazed to be asked to become a candidate for the ministry. Very reluctantly he consented, although, when he went for his examination, he hoped he might fail. He spent a year at the Sunderland Institute in training for the ministry. His previous habit of strict economy enabled him to defray the cost of his education there.

Samuel’s first station was a Watton, Norfolk, which involved much walking. He records that at the first, he, indeed, knew that he was a travelling preacher!

The Monkgate Church at York was built during his superintendency.

His sermons were noted for soundness of Scriptural truth, cogency in argument, and great moral and spiritual force.

In his obituary, Rev Robert Harrison is quoted as saying; ‘He took large views of men and things, and avowed himself in sympathy with all movements which brought the Kingdom of God nearer to men. His quiet disposition was a great element of his strength. His acquaintance with several branches of knowledge was wide and accurate. Spiritually he was a strong man.’