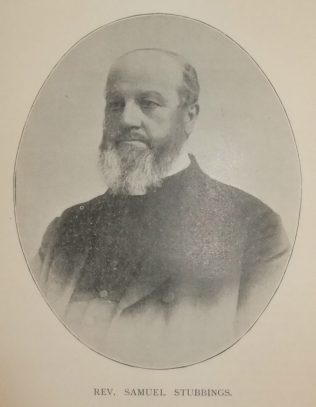 Samuel was born in 1838 at Bothamsall, Nottinghamshire. He was left an orphan at a very young age.

Samuel was not a ‘connexional man’; all his energies were directed to circuit.

Samuel had a capacity for ‘making local preachers’ to a remarkable degree. His circuit plans always had a good list of preachers ‘on trial’.

Samuel was full of dry humour, and those who knew him were familiar with the merry twinkle of his eye while he told a good story, which he would do with singular effect.

His obituary records that his sermons were mostly theological and evangelical. They were crammed with subtle thought. It was necessary for his hearers to think hard, and follow him closely, in order to obtain all he was able to give. The one outstanding note of his message was certitude; he preached because he believed.