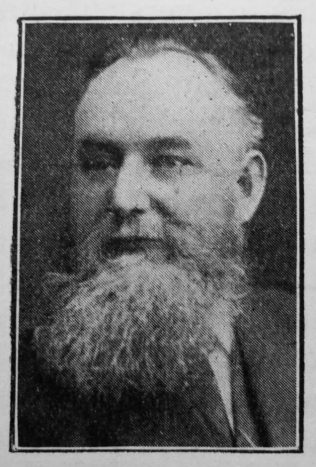 Transcription of Obituary in the Primitive Methodist Magazine by Robert Harrison

On Tuesday evening, September 4th, 1906, our friend for many years, joined the choir invisible. In great peace he went home to God, leaving behind inspiring memories of good and faithful service for Christ and the Church. Mr. Spivey was born at Louth, Sept. 27th, 1839. His mother was a Primitive Methodist and did much to mould his character. His father was latterly also associated with our church. Our society at Louth was eminent for spirituality and conversions were of constant occurrence. Our friend’s conversion was a rich and glowing memory through all the after years. Ready for service, he was in due time called to the Local Preachership, and ere long his great physical strength, mental capacity and devotion marked him out for higher service. Engaged as a hired local preacher in Durham, 1862, with Joseph Spoor as superintendent, his health failed and he returned home. Recovering, he was pledged by the North Cave Circuit in 1864, having laboured there since the previous year. Here he laboured two years under the gentle and godly David Ingham. At Gainsborough he greatly endeared himself to the people. For two years he laboured at Grimsby with Joseph Wood, Jacob Wilson, and John G. Smith as colleagues. Removing to Epworth he married Jane, daughter of Mr. Storr, of Eloughton, North Cave Circuit. One of his six children is doing good work in our ministry.

Subsequently he travelled in Filey, Hull I, Hull Ill, Driffield, Sheffield, Hull V., Bridlington, Hull VI., and  Rotherham. At Filey his superintendent was Rev. J.T. Shepherd, and the circuit was favoured with a marvellous revival, which came under the ordinary agencies and hundreds were saved. This was perhaps among the very happiest memories of Mr. Spivey’s life, and in after years he often spoke of it with joy. In Hull III. his wife’s health broke down, and she grew gradually worse and died when they were in Hull V., November 25th, 1890, full of joyous hope in Jesus. During his station in Hull VI., he showed signs of decreasing vitality, and diminished energy in preaching. Rest at this time might have prolonged his life, but he worked on and at the end of two years in Rotherham, he was compelled to rest. At Bournemouth and Woburn Sands he gained strength, but it was not permanent, and he preached his last sermon at Eastwoods, February 12th, 1905.

Presenting a copy of the Bible at the ordination of Rev. M.P. Pearce, he spoke of himself as the soldier putting off the armour, while his young friend was just getting it on.

But few know how much he was helped and comforted by her who became his wife in September, 1895, and for eleven years proved in all ways a true and faithful partner of his joys and sorrows. All who know her hold her in high esteem and warm and sympathetic regard.

Superannuated in 1905, Mr. Spivey located at Hawthorn Avenue, Hull V. In public worship and class meeting we shared the joy of fellowship. He was regular in attendance and was twice present the Sunday before he died. With deep feeling he was wont to express his unwavering faith in the goodness and wisdom of God. His experience betokened the ripening of his spiritual knowledge, and the growth of faith and love. His eyes were towards the sunrise, and new heavens were unveiling before him.

Amid scenes of deep sympathy he was laid to rest in the grave of his first wife, September 7th, 1906. Revs. F. Ash, G. Bennett, and F. Rudd, took part in the Memorial service in Bourne Chapel, the writer giving the adress and reading the service at the grave. The large number of ministers present evidenced their high regard for the departed one,

Rev. H.J. Pickett says, “I had a growing admiration for his ability and character. Rev. F. Jeffs writes, “We thought much of him both as a minister and friend. We respected his independence and manliness, we valued his excellent judgment, and still more his true-heartedness and kindness won our hearts.” Rev. F. Rudd says, “He was a fine preacher, evangelical, experimental and practical. Rev. S.S. Henshaw says, “I have learned to admire his character and honesty of purpose.” The resolution of the General Committee describes him as “a man of sterling character and worth, a capable administrator and a very effective preacher of the solid type.”

Mr. Spivey had more than an average acquaintance with modern theology, and his knowledge was more extensive and accurate than many supposed. Admitting that every age must present and illustrate the truth in its own way, he hesitated to accept many of the conclusions now advanced. Welcoming investigation he believed that nothing could invalidate the claims of the Bible to be the Word of God. His faith in revelation was entrenched in experience of its illuminating and saving power. His expositions of the Word were simple, direct, effective, accurate and adequate. To him Christianity had its certainties, and he did not believe in magnifying doubt, still less in praising unbelief. He strove to know, and know he did, ere he spoke to others of the things of God. With ever increasing conviction he held fast the faith once delivered to the saints, and when life’s day drew to a close his confidence remained rooted in the Gospel he loved and lived to preach.

“Rest, spirit free!
In the green pastures of the heavenly shore,
Where sin and sorrow can approach no
With all the flock by the Good Shepherd fed,
Beside the streams of life eternal led,
Forever with thy God and Saviour blest,
Rest, sweetly rest!”

Charles was born on 7 September 1839 at Louth, Lincolnshire, to parents Jacob, a carpet weaver (1861), and Elizabeth.

Census returns identify that Charles worked as a wool winder (1851) and joiner (1861) before entering the ministry.

He married Jane Storr (1846-1890) in the summer of 1869 at Elloughton, Yorkshire. Census returns identify six children.