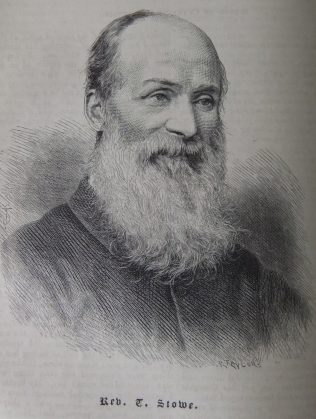 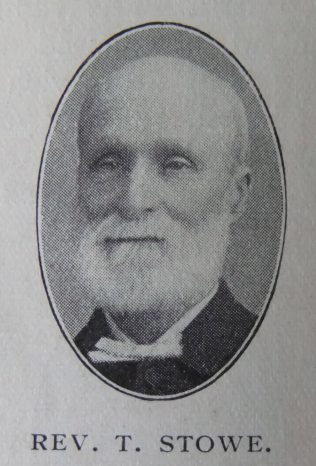 Thomas was born on 11 June 1830 at Hadleigh, Suffolk to parents William and Hannah.

Thomas was educated in a British School in Hadleigh and received his early religious training at a Congregational Sunday School. He was converted among the Wesleyans in 1850 at Manningtree, Essex, became a Sunday School teacher and soon a local preacher. In 1851 Thomas was working as a fishmonger.

In 1854 Thomas moved back to Hadleigh and joined the Primitive Methodists. He was recommended for the ministry and pledged by the Norwich circuit.

His obituary records that he was a hard worker, careful in detail, and very conscientious and painstaking. He carefully prepared his sermons. He was a diligent pastor looking well to the sick, the poor and those in trouble.

Note: The surname is usually spelt Stow in official records