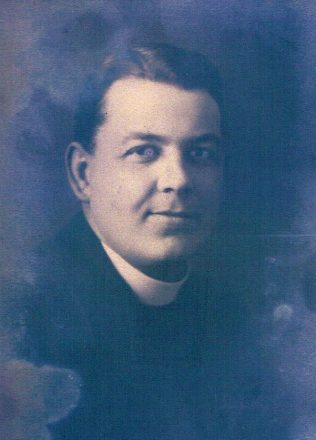 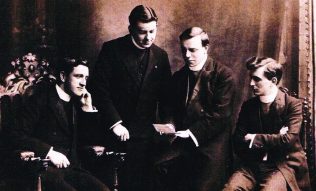 zoom
T R Spray is second from left. Who are te others? Was this taken at Hartley College? 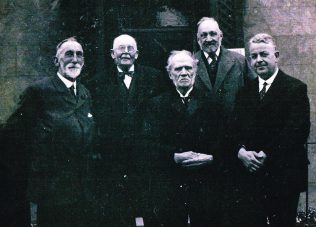 zoom
T R Spray (on right) with W Humphries, J Cook, J King and J Busby. Where is it? 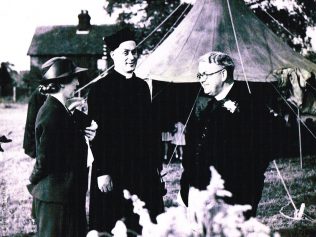 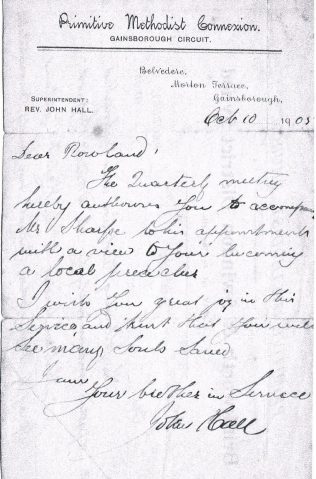 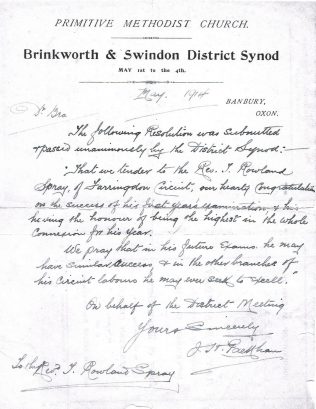 Rowland (as he was known), was born in Marton, near Gainsborough, Lincs, He was only 15 when he began training as a local preacher.  A letter from the superintendent minister of the Gainsborough Circuit, John Hall, dated 10 October 1905, gave him permission ‘to accompany Mr Sharpe to his appointments with a view to your becoming a local preacher. I wish you great joy in this service and trust that you will see many souls saved.’

In 1910 he was accepted to train as a Primitive Methodist Minister, and entered Hartley College, Manchester.  From college he was sent in 1913 to his first circuit at Faringdon, in the Brinkworth and Swindon District. In May 1914, he passed his first year’s examination, and received a letter from the Brinkworth and Swindon District Synod congratulating him on ‘having the honour of being the highest in the whole connexion this year.’

After moving to Aldershot in 1914, he was called to become  an Army Chaplain during the First World War, serving in India and Mesopotamia.

Although he retired in 1954, he became an active Supernumerary in St Ives, Cornwall.  Later he returned to Bedford, where ‘his return was hailed with real delight by a people to whom, in his earlier ministry, he had so greatly endeared himself’.  After a seizure, he moved to Swindon to be near his two sons, one a doctor in the town and the other a school master in nearby Marlborough, and died on 8 September 1973, in the 84th year of his age, and the 61st year of his ministry.

He was described as ‘a strong man in every aspect of his nature. He was strong in conviction, duty, loyalty and faith’. He had a warm, friendly nature, and a deep love for the Lord, and his people.  He was a very outgoing person, and remembered by many as ‘the life and soul of the party’.

Photos and letters have been kindly shared by Paul Harris, from his collection.