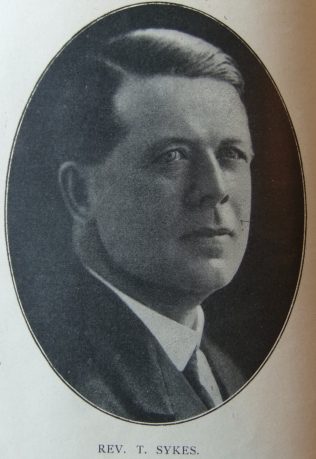 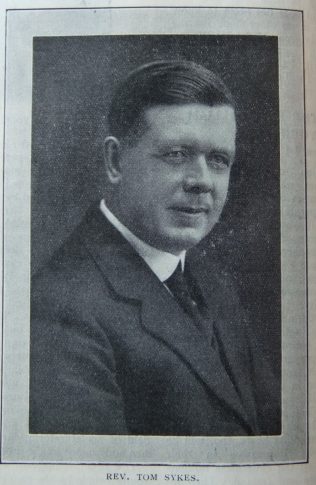 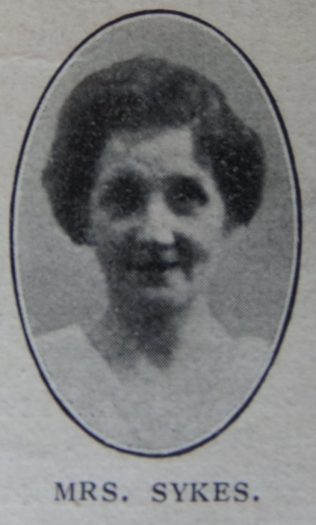 Tom was born in 1874 at Wetwang, Yorkshire, to parents Witty and Mary. Witty worked the land. Tom was one of nine children, four of whom became local preachers in addition to Tom.

Tom worked the land before entering the ministry. He spent three years at Hartley College from 1895 after serving as a lay pastor at Pocklington..

In 1917, Tom became Secretary of the National Brotherhood Movement. He was released from circuit work to concentrate on that task. Although he found the movement disappointing he stuck to his post for seven years. Of those years, ‘Clericus’, writing in the Liverpool Post commented: ‘One day, perhaps, an honest man with all the facts in his possession, one capable of examining and analysing all the factors, will write the epic of Tom Sykes, heroic and undaunted, while the wheel of misfortune tried to break him.’

In the following years, Tom had great success as a Missioner for the National Free Church Council. He spent some time in Canada, where he conducted a series of missions.

After his retirement, Tom continued to preach and lecture, and during the second World War lectured to soldiers and civilians under the aegis of Hull University and the Ministry of Information.

His obituary records that Tom was a prince of preachers, and was gifted with a rich baritone voice, which he used to expound his great themes. His sermons were warmly evangelical, but he was never tawdry or sentimental. He proclaimed the great truths of the gospel with a clarity that sprang from a well-stored mind as well as a burning personal conviction; for he was a great reader, and he had an astonishing library of theology, philosophy, criticism, and general literature.

The challenge of Brotherhood, 1922

The price of providence and other sermons

Sykes-T (50 KB Adobe Acrobat document, opens in a new window)
Transcription of obituary published in the Minutes of Conference.