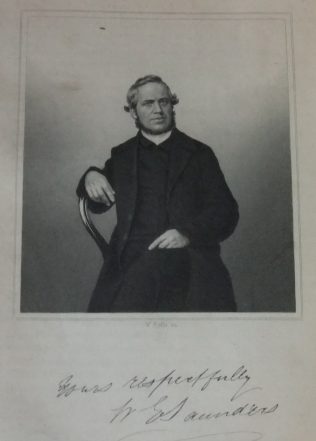 William was born in 1819 at Worcester, Worcestershire, to parents William and Eleanor. He was baptised on 7 April 1819 at St Clements, Worcester. William senior was a local preacher who resided at Stoke Edith, Herefordshire. He was able to provide William with what, at the time, was considered a good education.

In 1840, William having left school was considering commencing a school himself. He came into contact with Richard Cordingley who pressed him into the ministry to replace a colleague who had retired due to ill health.

William was especially apt in making the obscure pain and in presenting Gospel doctrines in words of easy grip. Many who heard him in the days of physical strength and mental vivacity repeat his words and illustrations of the truth with grateful hearts.

William was a teetotaller for many years. He also had a particular interest in Geology and gave illustrated lectures on the subject.