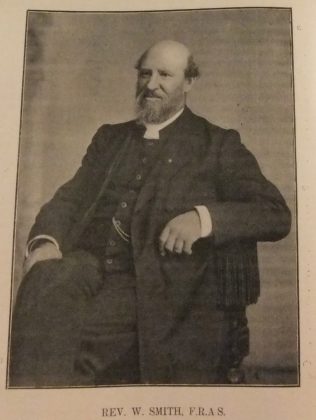 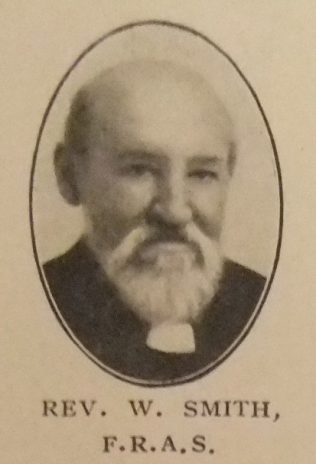 William was born on 6 October 1844 at Warrington, Lancashire, the eldest son of William and Elizabeth. When William was four, the family moved to St Helens and joined the PM Society there. William, senior, worked as a boilermaker.

William was converted under the ministry of Rev. John Mould. He became a local preacher when aged eighteen. William finally yielded to a call to ministry in the September 1867 Quarterly Meeting. Having passed several examinations he was sent to Blackburn and was pledged by that circuit.

William continued to study when he joined the ministry. He gave much attention to Greek and Latin, natural and physical science, and systematic and comparative theology. Astronomy was his favourite subject, on which he wrote and lectured for many years. He was elected a fellow of the Royal Astronomical Society in January 1880.

William was a member of the Candidates and Probationers’ Examining Committees and was Secretary of the Equalisation Fund.

William’s obituary records that as a preacher of the Word, his attainments were above the average, and his sermons gave proof of careful and painstaking preparation. In all business matters, he was orderly and punctual, giving close attention to the details of circuit work.

William married Mary Rowe (b1848) in the summer of 1872 at Oldham, Lancashire. Mary was the daughter of Rev William Rowe. Census returns identify four children.