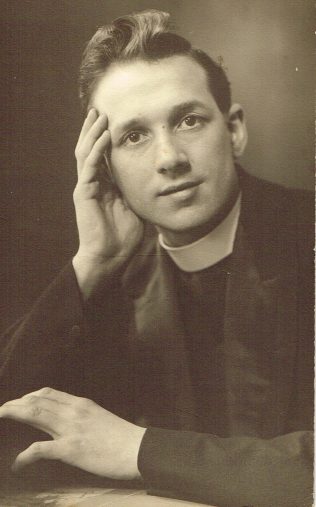 Born in 1893, at Castle Gresley, Derbyshire. He was a member of the local Miners’ Executive, and his organisational gifts ‘promised a career of distinction, but the Christian influences of his home led him to offer for the Primitive Methodist ministry.

He trained at Hartley College, Manchester, in 1920. His organisational skills were well used at Sheringham, where he threw himself into youth work, and was Secretary of the Commemoration Fund, as well as an ardent worker for Methodist Union.

At Penzance he established a record, being minister of the High Street Church for eight years. In the three years that followed he was largely responsible for the amalgamation of the three Penzance circuits. He made a great impression on the life of the town, and was said to have no time for holidays, no recreations, and was literally always in a hurry. He was Mayor’s chaplain for five years.

His ministry was unconventional, and he used music and drama, as well as the Press and advertisement, all for the sake of the Kingdom. While he was at Penzance he gave up every Christmas Day to the entertainment of the local hospitals.

He was a model pastor, remembered for his kindness and his interest in other people’s lives.