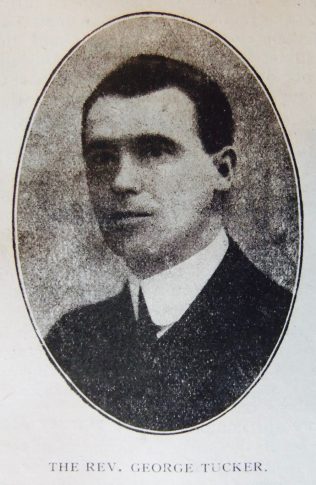 South Wales is regarded by many as a hotbed of agitation and unrest. It may be that, but it is more than that, and because it is more than that, its thought and activity socially and industrially have been greatly stimulated. Shut in upon themselves in the teeming valley towns, the mountains acting as barriers that keep men from spreading far afield, the tendency has been to foregather for discussion and discovery. Much of the thought and argument may have appeared crude, but it would be a mistake to conclude that no serious reading was being done. It is to be questioned whether in any area there are to be found keener students of social and industrial conditions than in South Wales.

Many of those who have led in this vigorous stimulation of thought have received their inspiration from the Gospel. Their desire has been to hasten the coming of the Kingdom on an ethical basis, and whilst many may have departed from this, it is yet true that that is all that is desired by the wisest and best amongst them. To grow up in such an atmosphere, stimulated by such an activity, and in actual contact with so many problems vitally affecting the lives of the common people, is in itself an advantage to one desirous of becoming a minister of our Church. The Rev. George Tucker was sent to college by the Mountain Ash Circuit, South Wales District, and from his earliest days he has known the strong beat of the working-class heart.

Mr. Tucker spent his probation at Brighton under the superintendency of the Rev. W.T. Clark Hallam. A far cry from the South Wales valley to a fashionable watering-place on the South Coast! And yet human nature is the same: it is only the accidentals that differ, and from the first Mr. Tucker set himself the task of ministering to the fundamental need of mankind. This work was continued at Bridlington from 1911 to 1916, and at Leeds from thence on to 1921. The Leeds ministry was interrupted by the war, for 1917 and 1918 were spent as Chaplain to H.M. Forces in Flanders, where fresh stores of knowledge were gained in the understanding of the soul of a man, and new methods of approach tested and proved.

Mr. Tucker came to Forest Hill Circuit in 1921 and will succeed as superintendent in 1924.

GEORGE TUCKER: born at Mountain Ash in 1881. He answered the call to the ministry and was trained at Hartley College, entering the Primitive Methodist Ministry in 1907. As a preacher, pastor and administrator he brought great gifts to the Church. His preaching was fresh in style, apt in illustration and practical in application. His ministry was marked by long terms of service in his circuits, especially at Forest Hill, where he laboured for ten years. During the first world war he served as a chaplain in the army. His frank approach and understanding of practical problems made his ministry of great value to the men he served. At Methodist Union his business gifts were recognised in his appointment as Secretary of the South-West London District Synod, which position he held for thirteen years until failing health compelled superannuation. He retired to Bournemouth in 1946, where increasing weakness prevented all active work and confined him to his home. A painful illness was borne with courage and patience, and it could be truly said that he learned obedience by the things he suffered. He was called home on 10th September 1951 in his seventieth year and in the forty-fourth year of his ministry, remembered with gratitude by his many friends.

George was born on 29 November 1881 at Mountain Ash, Glamorgan, to parents Samuel, a coal miner, and Jane.

George worked as a coal miner before entering the ministry.