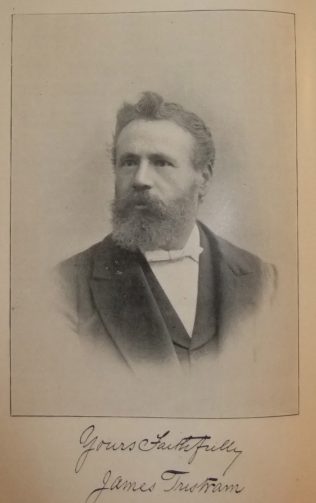 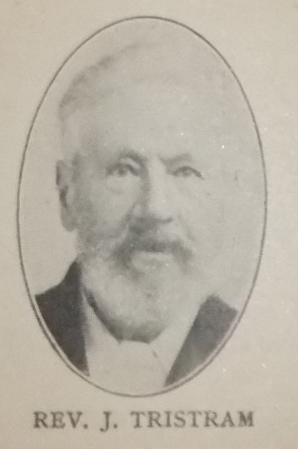 James was born on 29 September 1842 at Ludlow, Shropshire to parents James Tristram and Jane Russell. James senior was a Deed Poll member of Conference and worked as a mason.

James was converted at the age of twelve in the prayer meeting after the Ludlow District Meeting Lovefeast. He was on the plan as an exhorter at the age of fifteen. James received a call to ministry at the age of eighteen, but felt unequal to the great work and refused. He records that he sinned and suffered like Jonah; then cried unto God; was again called; and obeyed.

For forty-nine years without a break, James served Priestfield, in the Bilston circuit, for school anniversary services. Only illness prevented a fiftieth. He also once baptised twenty-six children in one service at Idle Chapel, Yorkshire.

In the Devon and Cornwall District, James served as Secretary of the Equalisation Fund and of the District Committee.

James followed his father and became a Deed Poll Member of Conference in 1923.

His obituary records that his long ministry was characterised by hard work, much money raising, chapel building, long journeys, and methodical home visiting; but chiefly by great preaching, full of Gospel truth. He was always evangelistic. Conversion was his distinctive passion and purpose in every sermon, and he often succeeded.