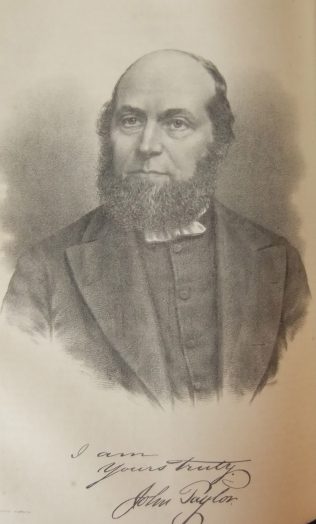 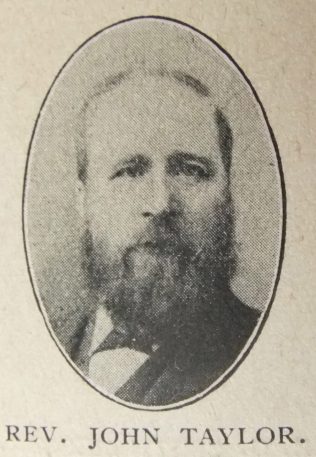 John was born abt 1837 at Bilston, Staffordshire to parents Joseph Taylor and Sarah Clayton. His father was a miner and Primitive Methodist. John also worked as a coal miner.

Following his conversion, John became an acceptable local preacher. After the death of his first wife, he yielded to a call to the ministry.

In John’s obituary, Rev A Kynaston writes; ‘ He was a fine brotherly soul. In the homes of his people he was ever welcome. As a preacher he was most acceptable. Someone slow and deliberate, but ever thought provoking. His circuits, in many cases, were wide and involved much walking, but the work was faced cheerfully.’