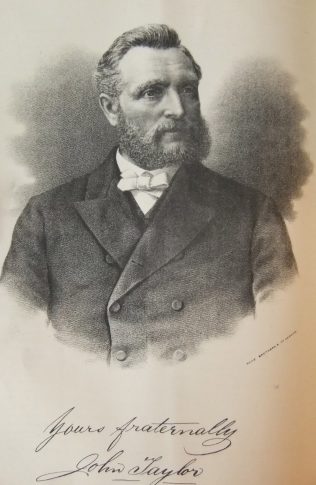 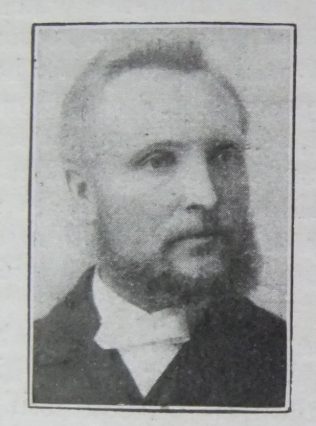 John was born on 28 June 1836 at Kendal, Westmorland to parents Matthew Taylor and Mary Nelson.  His father was a grocer and a Primitive Methodist. John’s younger brother, William, became an Independent (Congregational) Minister.

In 1857 he was stationed at Alston with Moses Lupton as his superintendent. John became very popular, but this caused him injury. As people followed him around, he felt he had to furnish them with a new sermon each time. He became overtaxed and returned home.

In March 1858, with the support of Thomas Greenfield and Colin C McKechnie, the latter arranged for a co-pastorship with Rev W Bowman, a Congregational Minister at Gainsford. Here John was able to avail himself of the educational opportunities at Gainsford Academy where Bowman was the Principle.

In 1859 John re-entered the PM ministry at Whitehaven, once again joining up with Moses Lupton.

His obituary records that from first to last, John was a circuit minister. He steadfastly refused District Office.

As a preacher he wielded great influence, possessing that indefinable quality called ‘unction’, and moving his listeners to both laughter and tears. Sermon production was never easy to him, though he laboured conscientiously at it, but when he came face to face with his congregation then he kindled, and the glow of imagination and the play of emotion irradiated what he had brought with him from the study, and made it live.

John Day Thompson writes; ‘He was a true, brave man, full of the most generous enthusiasm, and with the wonderful power of appealing to the common heart.’