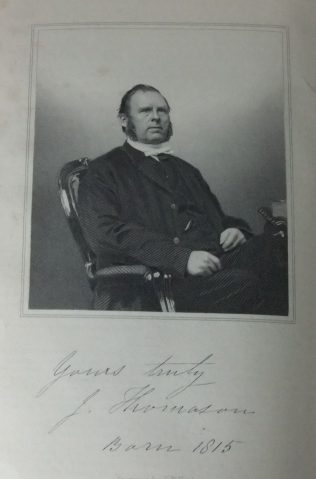 Joseph was born on 22 March 1815 at Preston Brook, Cheshire to parents Peter and Susannah. He was baptised on 25 April 1815 at Daresbury, Cheshire.

Joseph was sent out to work early, and to an occupation which exposed him to great bodily danger. He nearly lost his life when he fell into a canal and was almost drowned.

Primitive Methodist services were held in his parent’s home.

Joseph’s obituary records that he spent the first 20 years of his ministry on missions where he encountered much persecution and suffered many hardships. He had a strong and healthy frame which fitted him well for the arduous work.

He spent the last 19 years of his ministry in the Nottingham District.