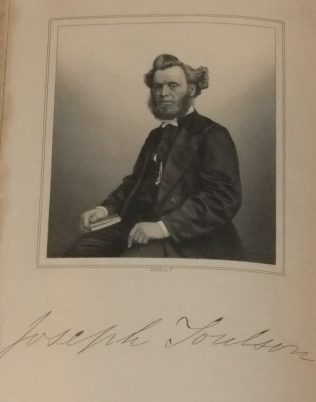 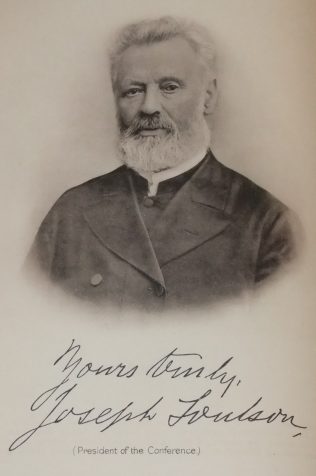 Joseph was born on 17 September 1822 at Alverthorpe, nr Wakefield,Yorkshire. His mother and brothers were Wesleyan Methodists. Joseph was converted on 27 January 1839 under the ministry of Joseph Featherstone. He immediately set himself to self-improvement because he had no schooling. Two years later he became a local preacher.

His obituary records that he had a splendid physique, a powerful voice, a retentive memory, a fluent utterance, and an intimate acquaintance with the ‘Book of Books’. He possessed indomitable perseverance and an enormous capacity for work.

Joseph was associated with the building of prominent London chapels at Grayshott Rd, Caledonain Rd, Dartmouth Park and Woodberry. This was not all his own work; he possessed the happy facility of inciting others to work.

Joseph is credited with having an immense impact of the growth of the Primitive Methodist Church in London. He was Secretary of the District Committee, Secretary of the Building Committee and Treasurer of the Metropolitan Chapel Building Fund.

Joseph was President of Conference in 1889 and died towards the end of his presidential year. At the time of his death he had just completed his term as Book Steward and had completed all the accounts for financial audit.

Joseph died on 5 April 1890 whilst walking to Liverpool Street Station to catch a train to take a service in Norfolk. He was buried at St Pancras and Islington Cemetery.